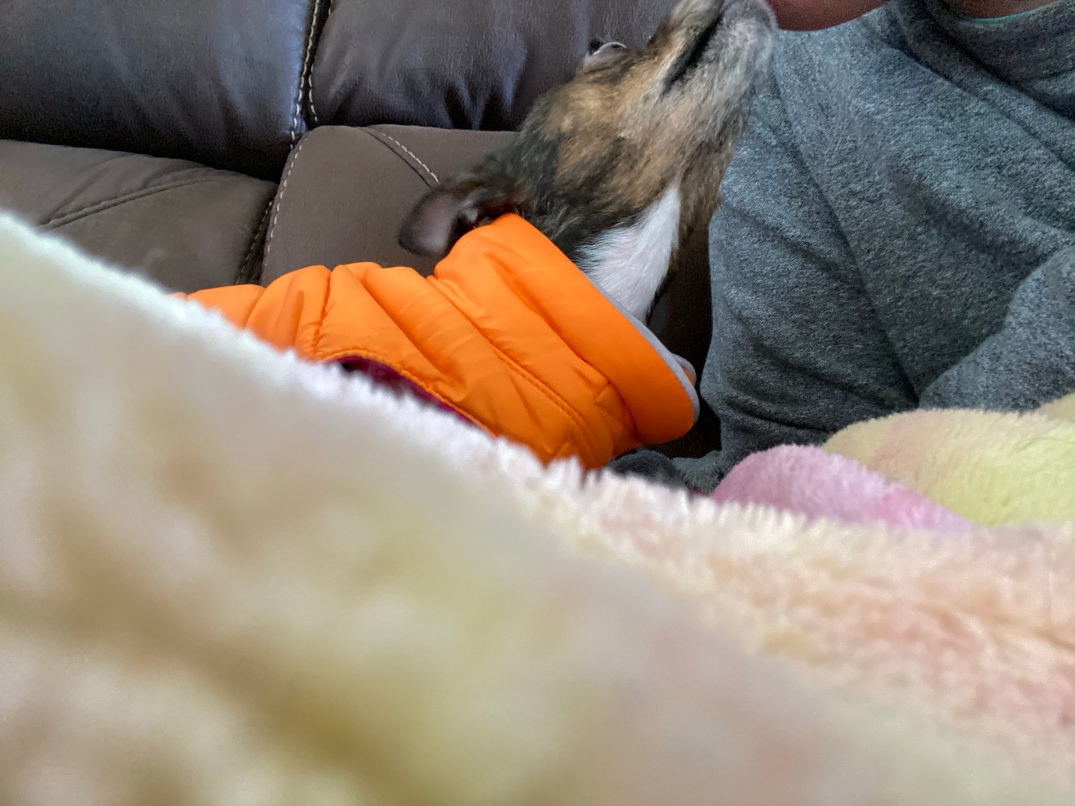 Happy 89th Birthday, Willie Mays! 🖤🧡 Birthday greetings to our Lola Onen too. We miss you. ❤️

I had a restful night’s sleep! It’s been so long since I could say that. I woke up at about 9am. And then I played Animal Crossing. 😊 Every morning is a little surprise when I start up the game. I love it!

I spent most of the day with the dogs and taking care of some errands at home. I measured a jacket that might be sold. Fingers crossed. I was also preparing myself for a study. I wanted to nap before it, but I did it afterwards instead. I think it went well.

I fell asleep for a few hours and I woke up at 9pm. Overall it was a good day. I had the rest of the taco meat from Taco Bell. Made two tacos, one soft and the other crunchy. I also had carrots, Devon custard, and strawberries. I think today was a fairly healthy day. I did have a handful of candy and that’s alright. 😎

Practiced my uke. Spent 20-30 minutes on it. I’ve learned a bit of I’m Yours. The uke challenge concludes this week, but I’ll continue to learn more chords and songs. I’ve learned so much since day 1! I’m really proud of myself. 💜

Now we’re going to watch some episodes of The Simpsons. But first, some more Animal Crossing. I’m bummed my museum is under renovation, but it’ll be back tomorrow. I wanted to donate some fossils but it’ll be done later.

Hope you all had a pleasant Wednesday. Take care! 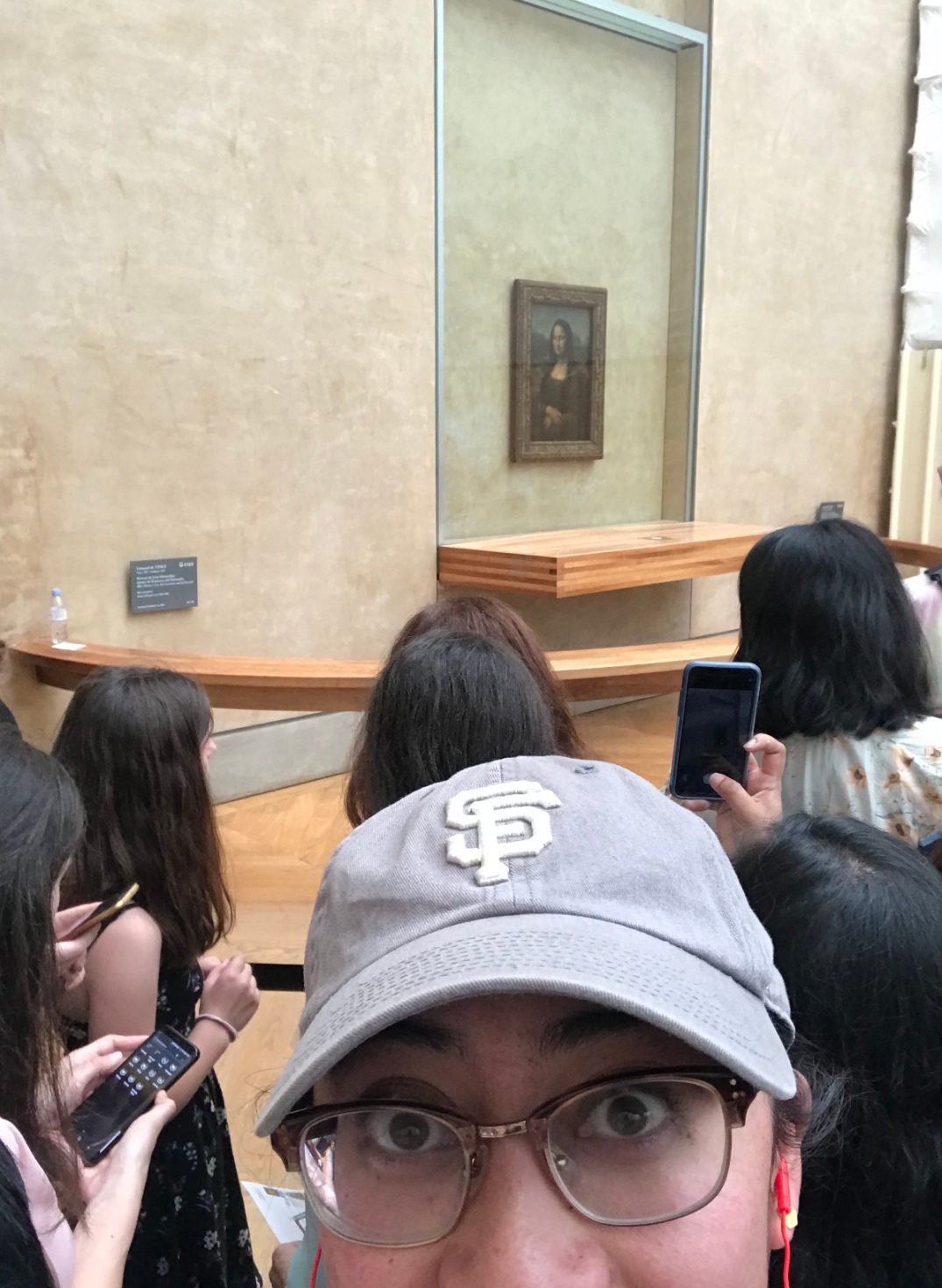 I started traveling back in 2018. Canada was the first place I visited. They’re just up North, but it was a long time coming. We visited our relatives.

I’m so very grateful for my passport. I wish I would have traveled sooner, but I dealt with a lot of personal matters from 17 to 20. I’m now stronger mentally. But those were some very sad times. It’s all part of my story and I don’t ever stray from it. 💜

The world is such a different place right now. Please continue to do your part during this pandemic!

Here’s a picture of me at the Louvre Museum. Hello Mona Lisa! I was so excited to see her. Crowds everywhere, but I got close enough. I was part of a tour group with my family. Wonderful memory. 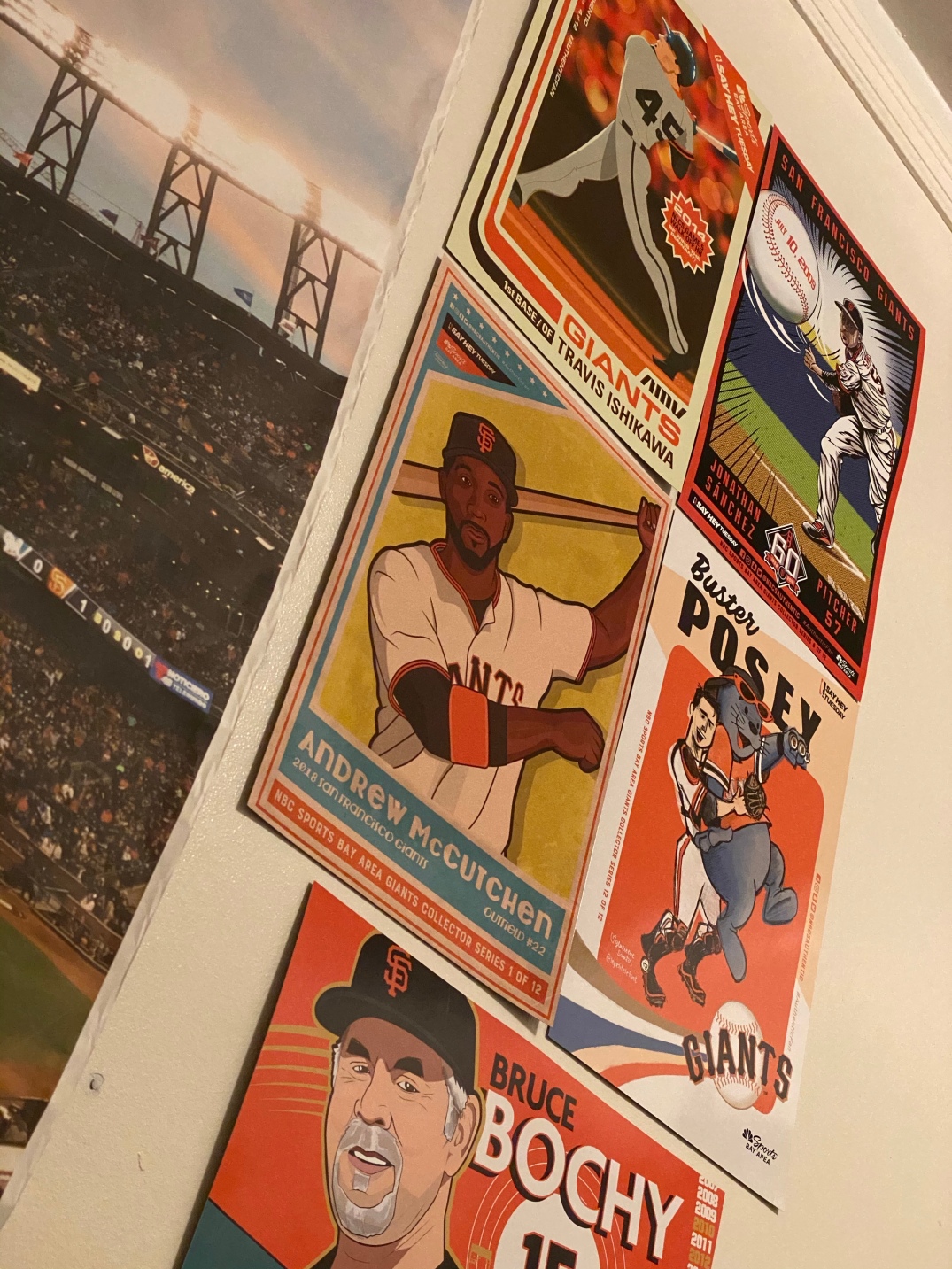 TGIF! We made it. I stayed up watching Step By Step. Lol. Childhood memories. And then I eventually fell asleep. Woke up to messages from family, friends, and work. Closure will extend to May 1st. I’ve got a lot of free time on my hands now.

I’m hoping to learn the uke now. I need to find a good beginner one. I’m doing some research and I’m already trying to figure out chords.

I’m trying my best to disconnect from social media, but it’s hard because family and friends are on there. People tagging you left and right. Lol.

I’ll keep this entry short. And I just want to sincerely thank those on the front lines: doctors, nurses, everyone in the healthcare field, grocery store workers, delivery persons, and all essential employees! Also to those who have donated medical supplies and sewed masks. You are our heroes! #stayhome

Enjoy the rest of your night. Later! 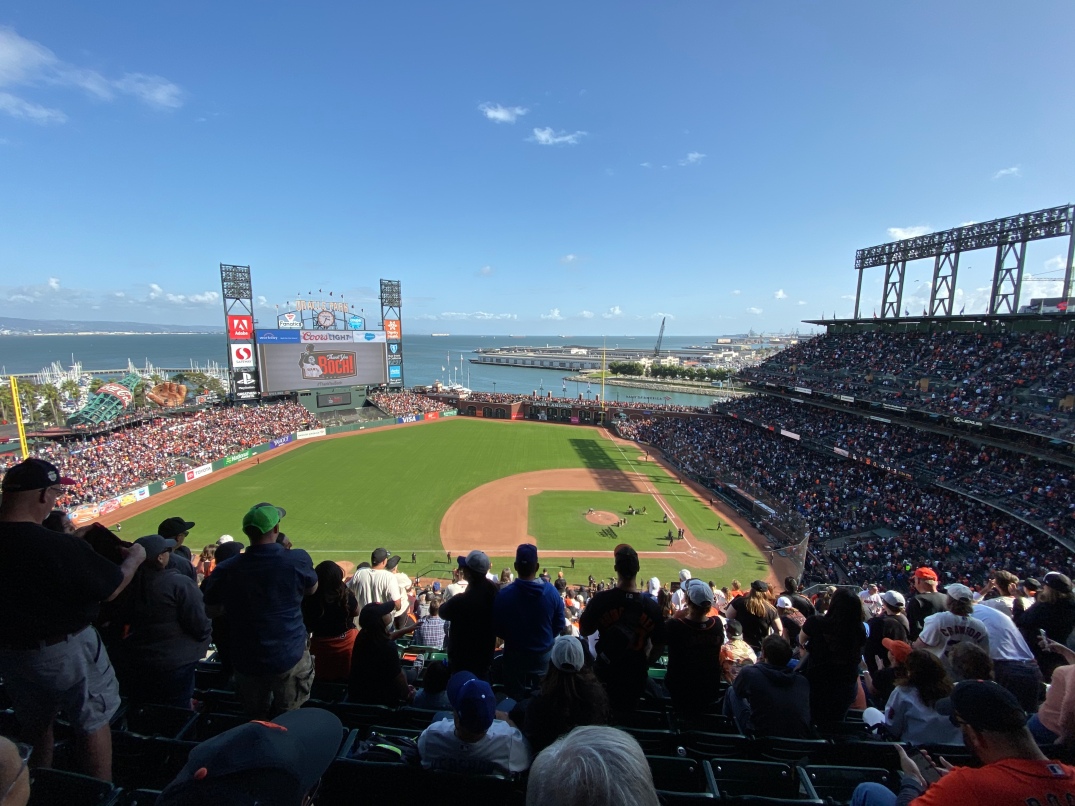 Baseball has meant so much to me! I’ve followed it for many years. It’s helped me with my highs and lows. The era of Bochy in San Francisco was a special one. Back in 2007, we were all unsure as to where he would take us. I didn’t think it’d be so soon! 2010 came and went. It was an absolute dream to finally have a championship in SF. No more jokes of the empty trophy case. I absolutely hated that. 😒👎🏼 I was in UC Davis at the time for school. I celebrated in my dorm. I gave high-fives to people I didn’t even know. A friend took me out for drinks. It was a beautiful night!

2012, the Giants were counted out and played underdog. What a series!

3 championships in 5 years! No complaints from me. I’m so thankful to be a fan of one of the most storied franchises in MLB history.

And Timmy returned! That was the cherry on top of a festive day.

Thank you for everything, Boch! Enjoy your retirement. We miss you already!

I hate that feeling. I hope I find this lost item. It’s crucial. And the person who could possibly know is out of town.

So I think I just need sleep and start again later. Sighhh.

How about those Giants?! Won’t say anything else. Log onto social media and read all about it. 🙂

Good night and enjoy the weekend!

I think it might’ve been the airplane food. What a trip! 😬😫😂 What a week since returning home.

Back to recovery. Hope you’re all having a great week! 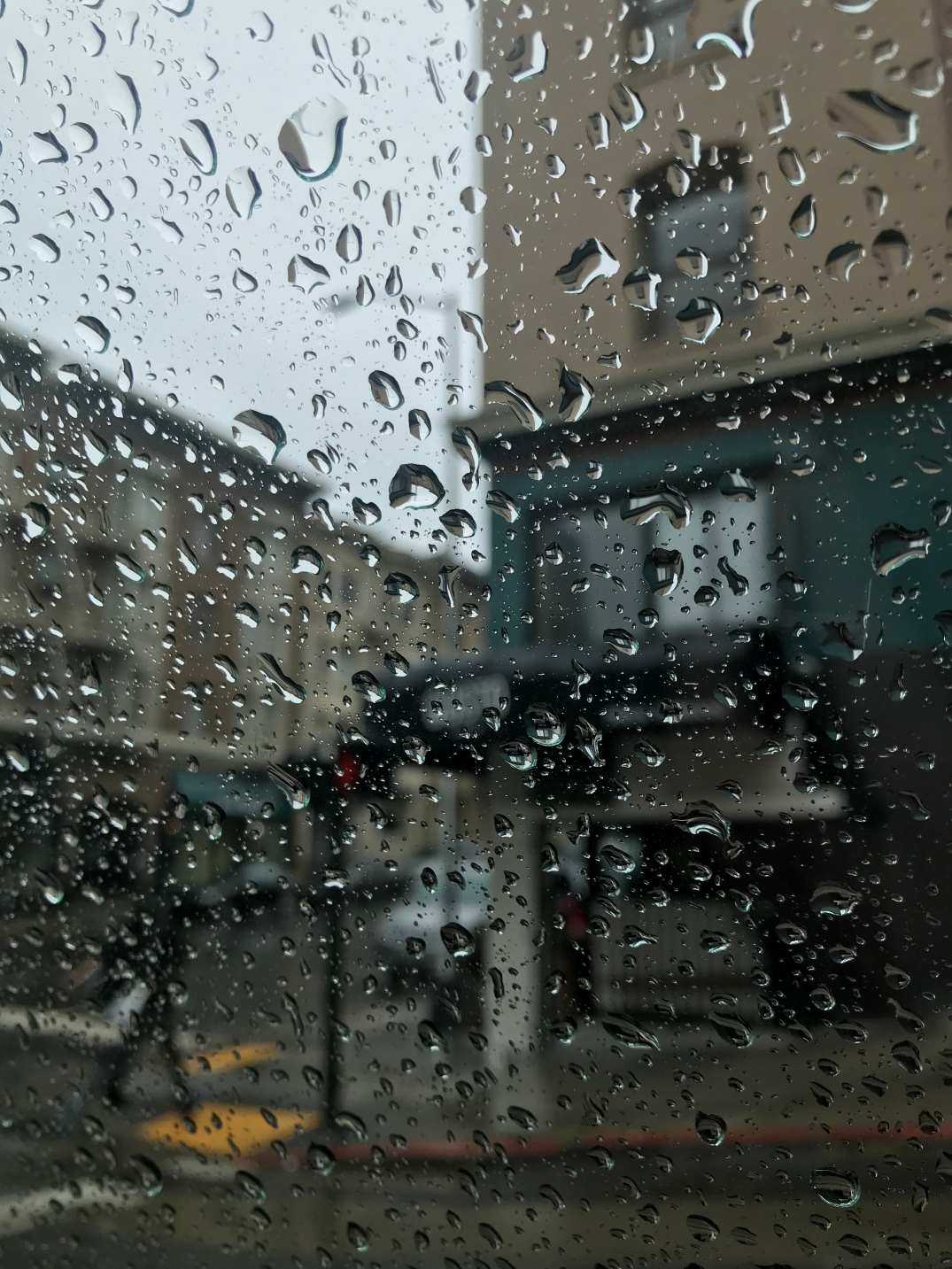 I’ve fallen behind on my P365. I feel terrible. Currently dealing with a cold. Thankfully, I don’t have a fever. Must’ve caught it from work or something. Maybe public transit too?

I picked up some extra hours for work today. Then I went straight home. It was pouring this afternoon. It’s like it’s winter all over again in the city. Rain, please go away!

I slept for 6 hours straight. Just had some soup and a bit of rice, meat, and veggies. I’ve been drinking water and orange juice.

Netflix has been my entertainment. I’ve quarantined myself in my room. Don’t want to expose the family to my germs.

Warriors and Giants won. Woo! That’s my Saturday. Hope everyone had a great day!

I drank way too much caffeine. This is why I almost always order everything decaf. Whoops.

I’m overwhelmed by my own thoughts. This is why I’m blogging it out. Change is on the horizon. It’s uncomfortable. It’s scary. But it’s absolutely necessary.

Staying away from a lot of social media. #sfgiants #duh #blah

I’m glad basketball is back. Yay! But I cannot with ESPN right now. 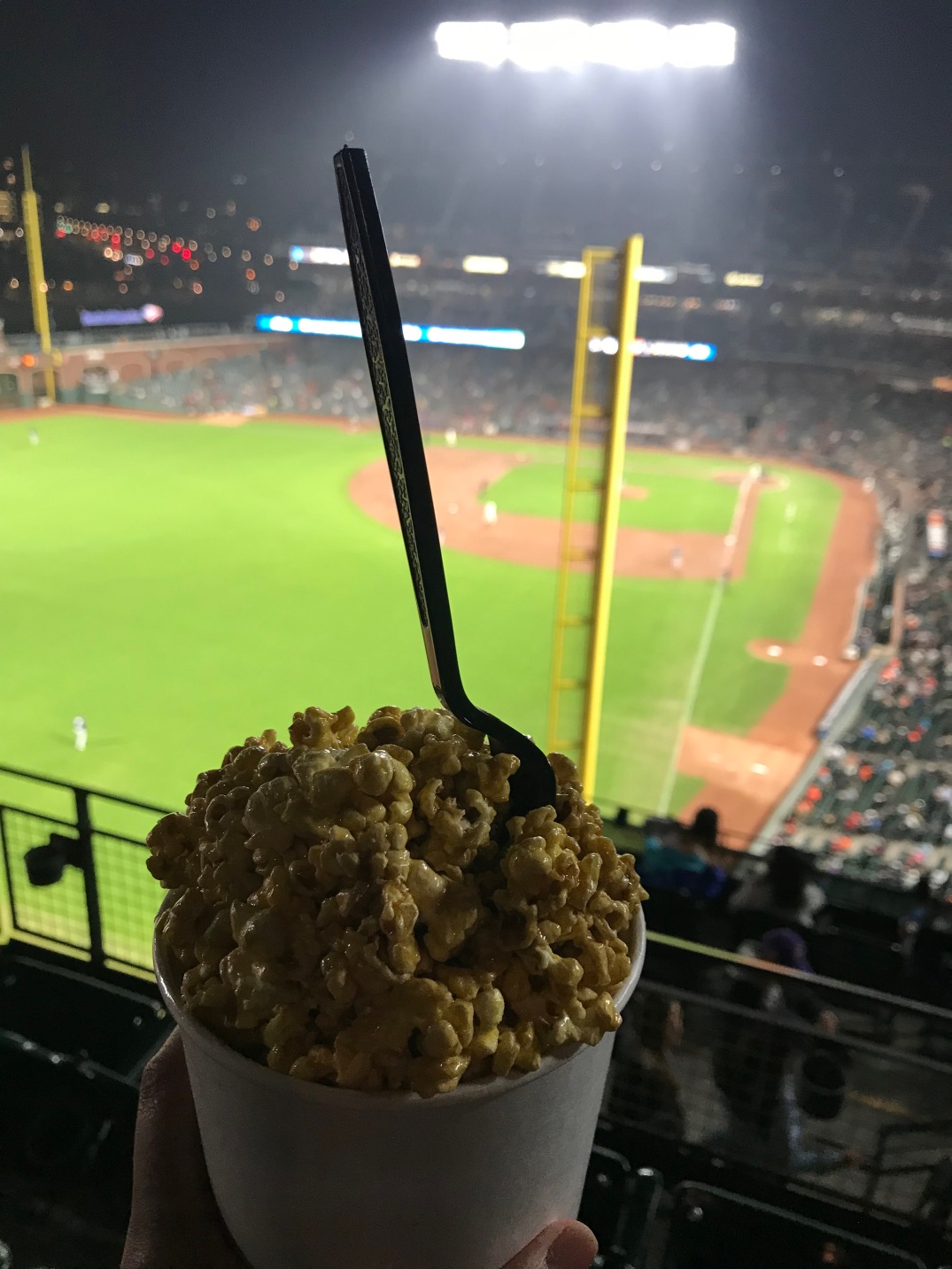 What went on this week? tokidoki night with my sisters at the ballpark, going to the library, exploring Chinatown, catching up with the BFF at our neighborhood festival, and a Sister Act screening. So many fond memories.

Overall, it was a great week.

END_OF_DOCUMENT_TOKEN_TO_BE_REPLACED 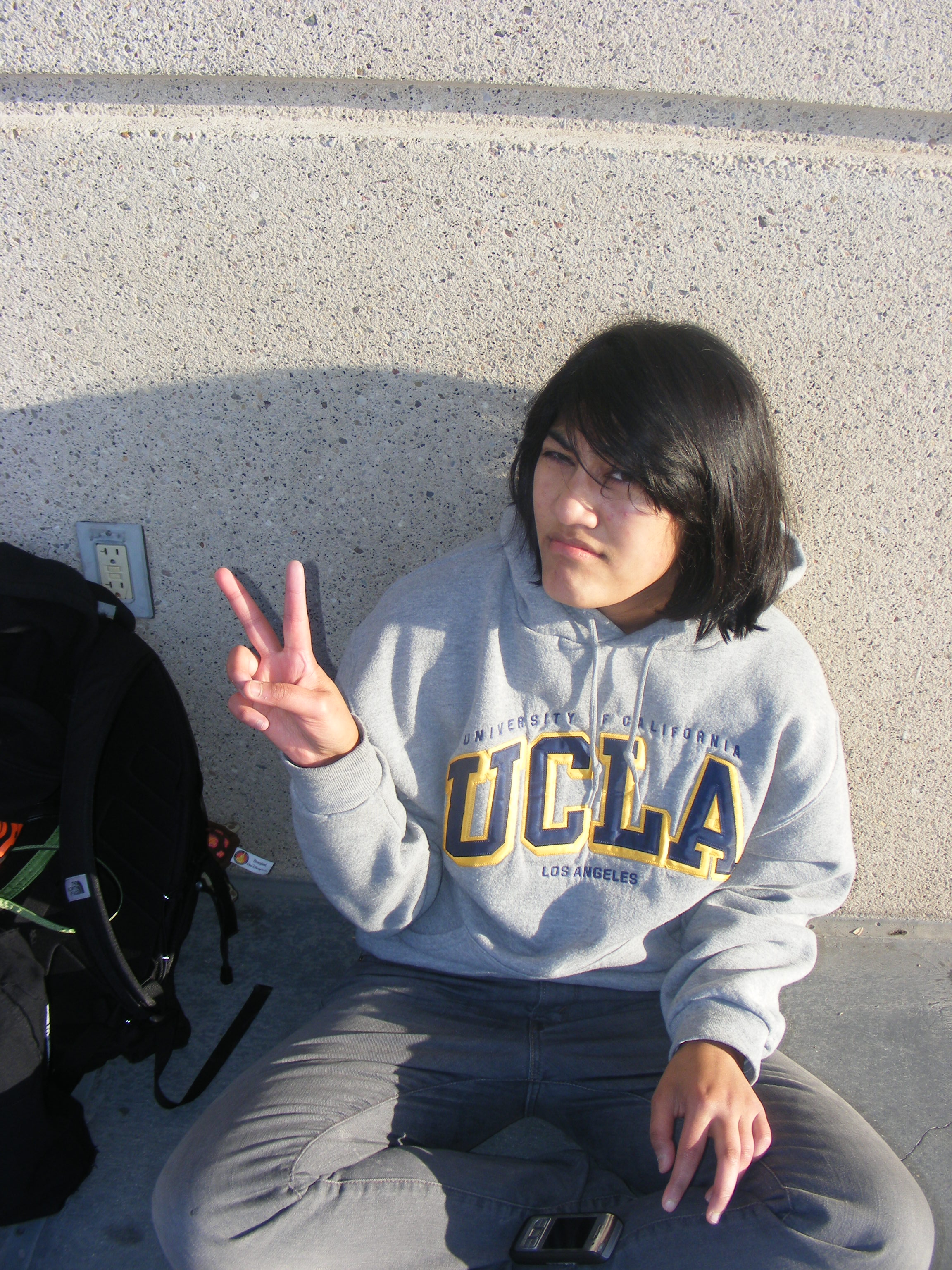